Ebook: Project 2040 And Challenges That The Irish Construction Industry Could Face 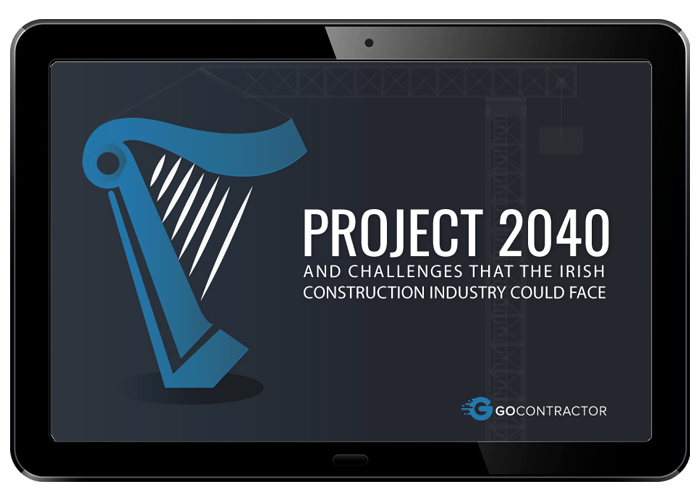 Project Ireland 2040 is the Government’s overarching policy initiative to make Ireland a better country for all of us, a country that reflects the best of who we are and what we aspire to be.

By 2040, the Irish population is estimated to rise by over 1 million people and 75% of this increase is predicted to occur outside Dublin. Project Ireland 2040, is designed to manage this large increase in population, concentrating on the cities Cork, Galway, Limerick and Waterford and making them more attractive locations to work in.

After this National Population Framework was designed to determine where the most suitable locations are situated, The National Development Plan of Project Ireland 2040 was formed to decide on the most effective ways of making these locations more attractive, including:

With the lack of skilled workers remaining in the Irish construction industry, this is one of the reasons why some of the main goals of Project Ireland 2040 may not be successful. Some of the other reasons include:

One of the aims of Project Ireland 2040 is to build 25,000-30,000 houses annually. It has been estimated that at least 110,000 workers will be required in the construction industry during the next three years to meet these goals. Some of the main ideas to make Project Ireland 2040 successful, by attracting and retaining this large number of workers are: