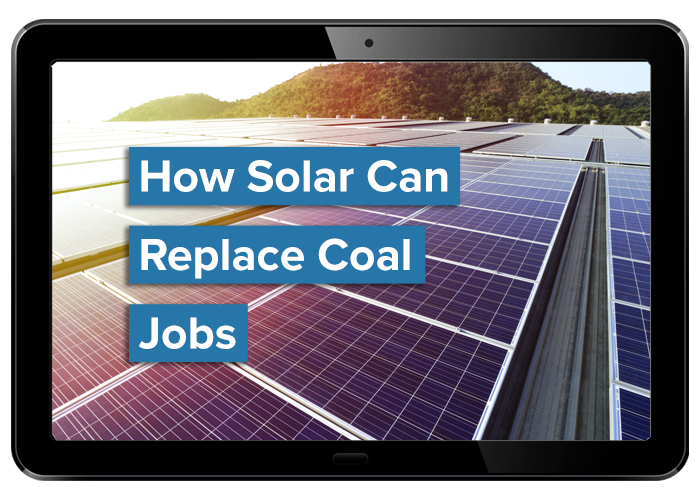 As global warming becomes a more serious issue which needs to be dealt with right now, the number of jobs in the solar power industry and other industries in the renewable energy sector continues to grow. At the same time, jobs in the coal industry continue to fall.

The Paris Agreement, set up as an answer to global climate change, aiming to prevent the temperature from rising by only 1.5°C over the next century, is one of the reasons why regrowth is unlikely. Other reasons include the increasing use of natural gas and the understanding that most of the population now has on the causes of climate change and the unwanted effects included.

Even in China, where study has found the burning of coal to be the main cause of death related to air pollution in the country, 13 million new renewable energy jobs are estimated to be formed by in the country 2020.

Referred to by some experts as a ‘new era’, solar power is the fastest growing form of energy around the world. By 2022, the amount of renewable energy used in the world, is estimated to have risen by over a third. The main reasons mentioned for this are:

There are problems involved in the introduction of solar power, which has only recently begun to grow in popularity. For example, jobs in the solar power industry are not evenly distributed and approximately 40% of new jobs available in the US in 2016, were in California.

It may take quite a long time, or even be impossible to encourage someone who has been working in the mining industry in Kentucky for decades to move to a different state to work in solar power. The main ways mentioned, to encourage new workers to enter the industry are:

We’re not ashamed to say we have to diversify our economy because it’s not been good for anybody to be so dependent on one thing. We don’t get into the moral argument of coal being good or bad, we just talk about jobs and entrepreneurship (Brandon Dennison, Co-founder and CEO of Coalfield).