The IoT: Revolutionizing Safety in Construction and Mining

Workers hate change—no matter what it is. So, getting them to alter how they do things in the workplace is challenging. This resistance to change often reduces the effectiveness of company-wide safety programs and initiatives. But businesses have unearthed a powerful new weapon in their efforts to boost safety in their organizations. The Internet of Things (IoT) in construction and mining is revolutionizing safety management and generating big gains in safety, efficiency, and profitability for companies worldwide.

The Internet of Things (IoT) in construction and mining is a game changer. No doubt about it. That’s because it actually gets workers to change their behaviors. Often, the changes are in safety activities and initiatives. That, in turn, boosts the effectiveness of safety whether in a factory or on a job site. Businesses that do that can reduce compensation costs from 20 to 40 percent. And since compensation costs come directly from company’s profits, they also boost profitability and survivability.

That’s great news for construction and mining companies because they employ a lot of contractors and temporary workers. Weak links in many organizations’ safety programs, contractors and temps are more prone to accidents and injuries on job sites than full-time employees. Contingent workers can cost companies thousands (maybe even millions) in direct and indirect worker compensation costs yearly. Overall, injuries, accidents, and illnesses cost the global economy an estimated $1.25 trillion annually.

The IoT in construction and mining improves safety management in three ways. First, it increases the adoption of safety programs by changing worker behavior, as noted above. Safety management isn’t just about tasks and actions. It’s also about workers seeing real value from the safety tasks and actions they’re asked to perform. Seeing real value in these tasks and actions transforms them from minor irritations to integral parts of their daily routine in the minds of workers, increasing program adoption and effectiveness.

Second, the IoTin construction and mining generates new insights from EHSQ programs. Companies can combine the real-time data generated by IoT devices, such as wireless sensors, wearable equipment, and GPS tracking, with Big Data to derive key insights from ESHQ programs. Companies can use these insights to change—and strengthen—safety programs and initiatives. As more IoT data comes in, companies can continue to make changes to their safety programs, refining them continuously.

Third, the IoT in construction and mining connects employees to their work environments. Often, this effort involves combining wearable technology with other digital advancements to generate real-time data points. These points are then processed on the fly by a
Cloud-driven data analytics program, which tells supervisors what’s happening then and there. That lets supervisors take action before workplace mishaps occur, reducing or preventing injuries and accidents.

Using the IoT in Construction and Mining

In mining, companies are using wearable technology and IoT data to avoid collisions at mines by tracking the movements of workers and machinery at job sites. Other companies are using IoT data to predict when mine issues (like the collapse of a mine shaft) may occur, and then responding proactively. Then, there are those mining companies using a remote control to shut down equipment when not in use, preventing injuries and accidents and saving fuel and other resources.

Limited Only by Company’s Imagination 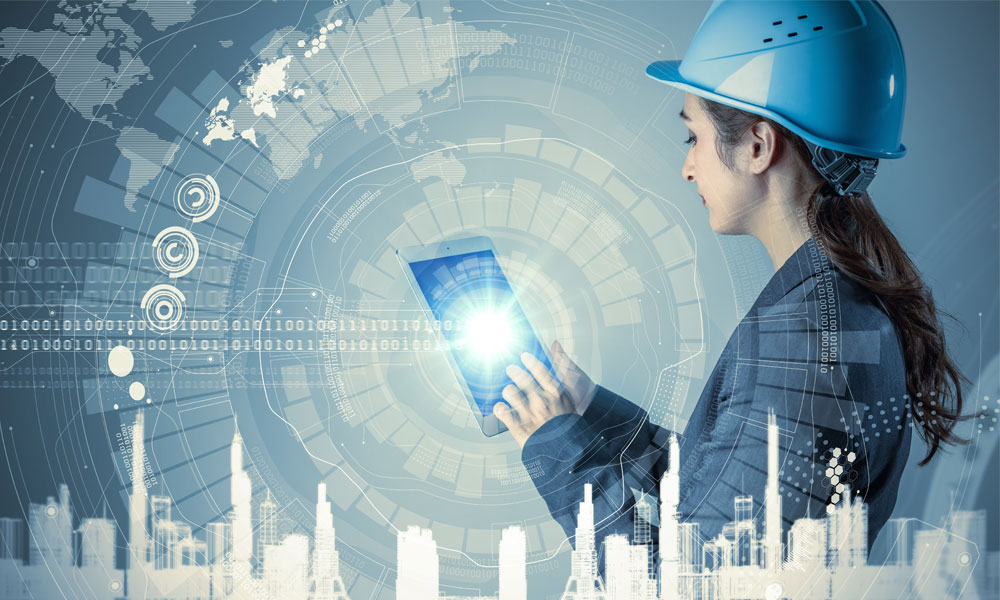 These are just a few of the ways companies in these industries benefit from the IoT. How they use the IoT data to improve safety is limited only by their imagination. Below are descriptions of four real world applications that show how the IoT is being used today:

• Two oil companies fitted employees on their drilling platforms with wearable devices that track their activity, location, and exposure to chemicals. By limiting exposure to harsh conditions, this initiative ensured that workers got the rest they needed, reducing sick time by over 40 percent.

• An Australian construction company provided workers with smart helmets equipped with sensors to monitor their safety. It then uploads the IoT data generated by the helmets to the Cloud, where Microsoft Azure and Microsoft Power Bi organize and analyze it. The results tell supervisors if a worker has a heatstroke—a common but dangerous occurrence in Australia.

• Vinci Construction UK used wireless sensor technology to track real-time data on workers’ movements. That capability enabled it to compare the effectiveness of two mortar board systems and choose the one that best fit the company’s needs, reducing the number of back injuries and lowering risk.

• Intel and Honeywell recently developed the Honeywell Connected Worker solution. It combines data gathering sensors, real-time analytics, and processing software to prevent job-related injuries. Workers wear sensors that capture data on heart rates, job-site activities, gestures, toxic gasses, and other factors. A mobile hub enables the data to be processed locally and monitored by both the workers and remote operators, enabling them to change their behaviors.

Just What the Doctor Ordered

These examples are just some of the ways that the IoT improves safety by changing worker behavior. By using IoT devices like smart helmets, wireless sensors, GPS tracking, and RFID tags, these companies can generate terabytes of data that can tell managers and supervisors what’s happening on a job site in real time. By combining this data with other innovative tools, like the Cloud, mobile, and automation, companies can help companies strengthen safety programs and initiatives.

But the IoT offsets contractors’ impact on safety by getting them to change their behavior. That improves the effectiveness of safety programs and initiatives. Businesses that boost safety can make an impressive personal, social, and cultural impact on the workplaces, as well as a dramatic effect on the overall health and well-being of the companies themselves, boosting efficiency and profitability.

“Simply put, the Internet of Things will enable companies to continuously improve safety by analyzing hazards, incidents, near misses and safety observations,” points out an article on the Mining Global website. “By connecting machines, data and people together, companies can not only perform better, faster and more reliably but make safety risks a thing of the past.” For construction and mining companies, the IoT seems to be just what the doctor ordered.