When Qualification Cards Can’t Be Trusted

CSCS, OSHA and Safepass cards are a staple of the construction industry, signifying the completion of training that is designed to increase contractor safety while on site. Increasingly, however, the training organizations who provide these cards have been called into disrepute, with suggestions that training is being rushed through, skipped or that learners are being given answers to the test questions, whether they know the material or not. In the UK, some training schemes that provide CSCS cards to thousands of construction workers, contractors, and subcontractors have been accused of performing “widespread organized cheating” and allowing untrained builders onto dangerous construction sites.

In the US, a  Bronx-based OSHA training course provider was accused of widespread training negligence after turning up an hour late to training classes and not effectively carrying out health and safety training. Situations like these increase the health and safety risks to contractors on construction sites, which become apparent when contractors don’t understand the material being delivered and behave unsafely on site.

Construction firms put in an extraordinary effort to keep their workplace safe, but these efforts are eroded when contractors arrive on site with insufficient training. With this in mind, let’s take a look at this approach to safety and if it, and the mechanism for attaining a qualification cards, can be trusted.

Widespread rigging, cheating and simply calling out answers. These are some of the accusations that have been leveled at some UK training centers after an investigation by the  BBC. According to the report, in one center in West London, a trainer read out “exam answers on the big screen” telling candidates that he will “shout the correct answer, you just click.” The investigation exposed three training centers for inefficient training and widespread cheating, with numerous centers even offering “guaranteed passes for cash,” according to the report allowing workers who lack English to obtain qualifications.

According to the BBC, accusations of fraud within the scheme jumped from 96 in 2012 to 311 last year, a significant and worrying increase. The accusations of widespread cheating have led some construction insiders to express their discontent with the scheme “I’ll never trust the scheme again” said Health, Safety and Environmental Manager Alistair Donaghey. It has also led others to suggest that the industry could see workers who are prepared to take risks enter construction sites, putting not only their lives on the line, but that of others, according to the BBC.

This issue is not solely confined to the UK however, in the US accusations of bad training have called into question the validity of many training courses. In Ireland, according to an investigation by the Sunday Times, fake safety documentation is a common practice in the Irish construction industry. A lengthy piece by Mark Tighe alleges that a training manager at the Health and Safety Services Training and Consultancy (HSS) firm issued a fake letter of completion in exchange of money. “A construction worker whistleblower recently contacted this newspaper to voice frustration about the issuing of fake CSCS documentation to workers,” the piece said. Tighe’s piece went on to name and shame the manager in question, who provided the worker with a letter of comfort, commonly used throughout the construction industry to worker’s awaiting CSCS cards. “Almost any building site in Ireland would have allowed the worker to operate a 360 excavator” on the basis of the manager’s letter.

Want a Beer With That OSHA Card? 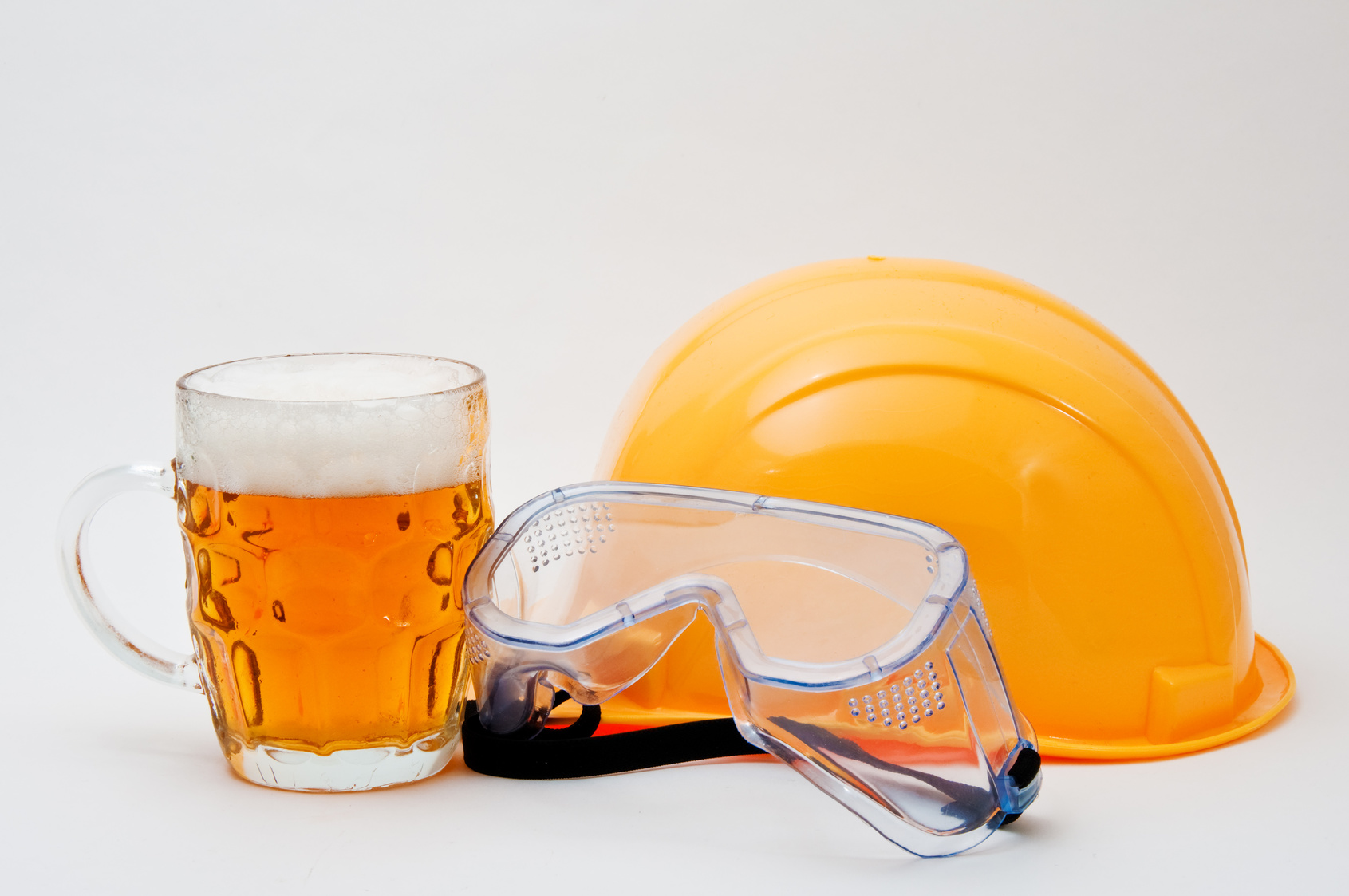 Furthermore, a piece by the New York Daily News uncovered widespread training negligence in a Bronx-based training facility running OSHA courses, with breaks to grab a beer and allegations that many OSHA cards were simply being handed out in the back of local bars. Over the course of the investigation, a registered OSHA trainer “showed up an hour late” and then proceeded to skip “most of the lesson” eliminating “large chunks of required material, read from slides and frequently took breaks,” according to the account. The four-hour session on health and safety that was supposed to last 4 hours took place in 90 minutes. “During one break, workers slipped downstairs for a beer. At another point, a worker fell asleep. The instructor blew off crucial lessons, such as the section on the proper way to erect scaffolding. He skimmed through slides describing proper angles and measurements to build stairways and set up ladders,” the piece said.

When the class had finished, the workers received a temporary and “official-looking card” saying that they had completed the required 10-hour training. Situations of this nature are not too uncommon, according to  Neil D.Opfer of the University of Nevada in Las Vegas in ‘Current Trends in OSHA-Authorized Construction Safety Education’ he has frequently heard of instances where “instructors without requisite qualifications” are “passing out OSHA 10 and OSHA 30 cards on their own without any involvement from an OSHA Training Center.”

According to the piece, OSHA has not “authorized this practice” and any possible sanctions for those people could be quite severe. “Individuals conducting other safety training are not bound by the structures applied to OSHA 10 and OSHA 30-Hour courses but, by the same token, must not unfairly represent this training as equivalent to these courses.” The piece also asserts that there is also an increasing rise in the attainability of what he calls “bogus” online methods to obtain OSHA cards with “very few of these online providers” obtaining permission from OSHA to partake in this activity.

In Ireland, a similar program that provides health and safety training to construction workers and contractors, called Safe Pass, has been heavily criticized for providing insufficient training by a number of contractors we interviewed. One contractor said the trainers provided all of the workers with answers to all of the questions and accused the program of being a “money racket” and one that’s not concerned with effective health and safety training. Another contractor said he had done the Safe Pass training a few years ago and the “instructor went around the class and gave the answers to the workers who didn’t have them,” so that he could go for an early lunch. Obviously, there are massive risks associated with this approach, not only is it unprofessional but it increases the risk of accident or injury for the workers.

The recent controversy regarding the CSCS and OSHA Cards highlights both the necessity of efficient training and the risks when training is not sufficiently carried out. According to the  Bureau of Labor statistics (BLS),  construction fatalities rose to 874 in 2014, compared to 828 in 2013. Furthermore, the number of fatal work injuries in 2014 was the highest number since 2008.

In the UK meanwhile, although there have been significant reductions in fatalities, construction remains a high-risk sector for injuries and fatalities according to the  Health and Safety Executive (HSE). In fact, HSE numbers suggest that although the construction sector accounts for only 5% of the UK workforce, it has a fatality rate of 30%. However, there was a total of 42 fatal injuries to contractors over the period of 2013 and 2014, compared to 46 over the previous five-year period, according to the HSE. This number has ensured that construction accounts for the “greatest number of fatal injuries” of any industry with a fatality rate of 32% for 2013/14. Those numbers point to some worrying trends within both the US and the UK construction sectors where fatalities within the construction industry are actually on the increase.

There’s no doubt these numbers can be significantly reduced with the implementation of sufficient health and safety training. According to a report by The National Council of Occupational Safety and Health  increasingly the health and safety information is in place to sufficiently train contractors, but continuously this is being neglected due to a lack of effective training and employers who are “not meeting their responsibilities to provide these protections.” According to the report, the failure to “implement safe workplace practices” have less to do with cost, feasibility or availability of proper equipment and more to do with “an imbalance of power in the workplace” because workers are not always empowered to demand the implementation of programs.

The report was also critical of OSHA training programs across the US, saying the agency need to “carefully monitor” these programs to ensure that “they are effectively enforcing workers’ rights to (ensure) safe and healthy job conditions.” Many of these programs are classroom-based, which has many disadvantages for contractors.

The evidence above highlights the risks associated with classroom training such as:

1. Lack of consistency across trainers. We have all been inspired by fantastic trainers and come away as knowledgeable students. However, we have all experienced the opposite end of that spectrum too. People sitting in a classroom bored, looking at their phones or distracting each other because the trainer doesn’t care about their jobs or is jaded by the material.

2. Contractors may be required at different times e.g. emergency or last-minute workers. Can you guarantee they have received a safety induction? If they arrive at midnight who’s there to deliver it?

3. Humans make mistakes and therefore paperwork is never perfect. The CEO of  GoContractor visited a New York site of the largest construction company in the US. He was shocked when the EHS Manager pulled out the orientation forms and showed him that nearly all of them had been incorrectly filled out. This puts the company at risk if an accident happens and the victim puts in a claim.

Technology can help – How?

Bringing contractors onboard is not an easy task and just one of the reasons for that is that they all need relevant training to carry out the task at hand, as well as site-specific training to make them aware of potential hazards. While GoContractor can’t remove the issues surrounding trainers in classrooms, we can guarantee that a contractor taking an online orientation on our platform has been tested on the material and is the same person who shows up on your site. How do we do this? We have implemented lots of measures to make this process airtight but here’s the best one: when a subcontractor is completing their online orientation a series of photographs are taken through their mobile or desktop device. As the administrator, you can then view these photographs when the subcontractor arrives on site. You can also view lots of other information which the subcontractor has registered during the online orientation process.

Companies such as Balfour Beatty, Pfizer, Gilbane Construction and Adobe are already onboard. We’d love to show you how it works. For more information Watch our 60 seconds Video or Take a Free Demo Today.