Can Women Help Plug The Labor Shortage in Construction? 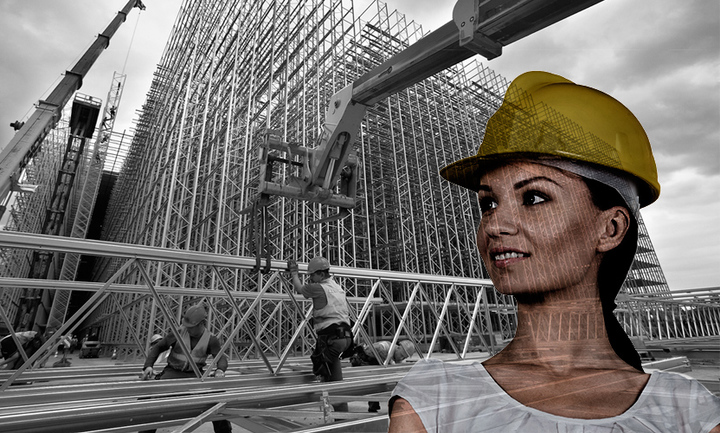 The US Construction industry is set to boom in the next five years and it remains one of the fastest growing employment sectors within the United States, adding an additional 6,000 employees over the past three months, according to BLS.

Construction is expected to contribute 4.5% of total employment in the US by 2020, growing from 3.9% in 2012 according to Construction Business Owner.

Of course, this is welcome news, particularly since so many construction workers suffered during the economic crisis. However, the resulting issue is a labor and skills shortage particularly for carpenters, electrical technicians and millwrights. Initiatives such as upskilling and encouraging women to rejoin the workforce, are often offered as solutions to such shortages. However, for various reasons women continue to make up a tiny proportion of the construction workforce, just 3% according to The National Women’s Law Center, a statistic that has remained static for decades. Let’s take a look at how construction companies can adapt to provide a more appealing environment for a section of the workforce they can no longer afford to ignore.

What Industry Leaders Say About the Role of Women in Construction

According to industry leaders across the globe, we can’t survive without women contractors. In a recent interview, Ray O’Rourke, the Chairman of the construction firm Laing O’Rourke, said the future of the construction industry will include “a lot more women working on the assembly and delivery of projects.” The New Jersey Chapter of the Professional Women in Construction recently said, most people have the assumption that women only occupy the administrative jobs within the industry, but a closer look suggests there’s a “huge range of women in positions all over the map.” According to Valentin Weidl, the construction sector needs to start thinking differently in terms of hiring more women within the industry. “Females are chronically underrepresented,” the piece says. “In Europe, the construction industry employs 14.1 million people, yet most (88%) are male.” A diversified workforce that includes women drives economic growth, according to a recent study by McKinsey & Company. According to the report, this is done through additional hiring of women, which increases productivity, and has added a quarter to GDP growth over the past few years. Diversity also creates a more innovative workforce, according to a study by Forbes, and hiring from a diversified pool of contractors, will enhance your workforce, according to The Center for American Progress. The construction industry needs to catch up their competing counterparts who have adapted to suit the needs of the female workforce with the result of greater productivity and innovation. 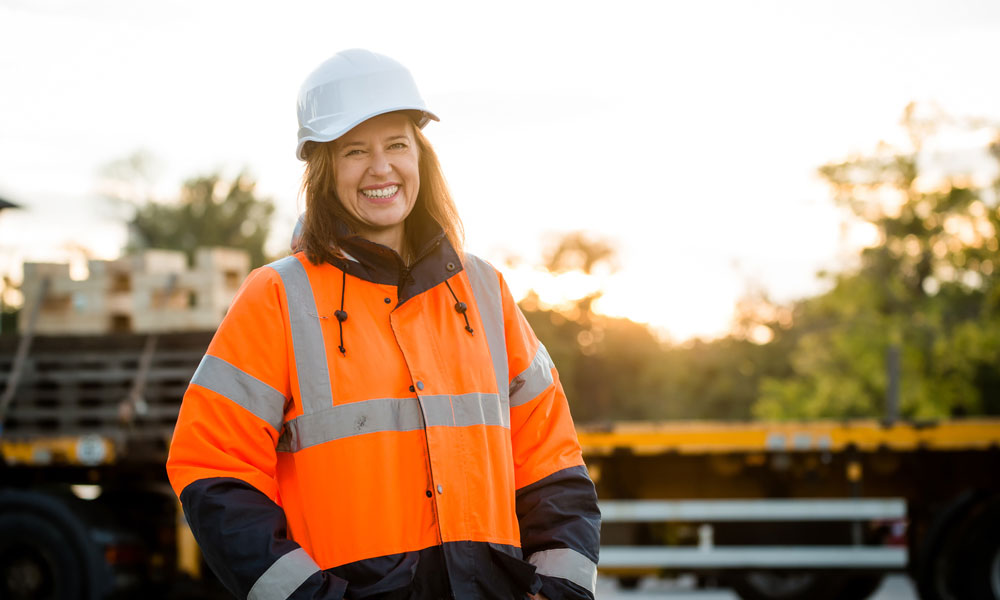 The Equality and Human Rights Commission have weighed in on the topic also asserting, a worker who is different can be “subjected to workplace bullying or harassment that can lead to unsafe practices.” Their report found that most construction firms suffer from a traditional and paternalistic culture, where certain male-dominated “attitudes, perceptions and practices” shape the “construction working environment.” This is the type of corporate culture that can very easily lead to bullying and harassment incidents and litigation which can be very harmful to all concerned. “The belief is that construction is not for women because of unsociable hours, it’s dirty, it’s not for them,” said one Senior Manager for CLM in the report “A lot of this is about perception.” The report also found that construction initiatives have been “slow to show progress in terms of increasing the “percentage of women in construction, especially on site.”

OSHA have said, the percentage of women within construction actually grew substantially between 1985 and 2007. However, with the economic crash, a bust in the property market, and the subsequent recession, more than 300,000 women left the construction industry, leaving the final number employed at just over 800,000. OSHA also stated that there may be a variety of health and safety risks specific to women, which create additional “barriers to women entering and remaining in this field,” we’ll talk about that later.

So, as an employer, what are the steps you need to take to ensure your company is prepared for the inclusion of more female contractors on your team? Let’s take a look.

Develop an Inclusive Workplace Culture to Include More Women in Construction

The Human Rights Commission report makes an excellent point regarding the preparation of your construction firm for the eventual rise of women contractors. “Getting the workplace culture right is a vital step in retaining women,” the report states. So how do you do that? According to a separate report by the Equality and Human Rights Commission, creating an inclusive workplace culture will involve creating an environment where everyone is “treated with respect and dignity and everyone feels valued.” You should also ensure that “policies are in place concerning equality and human rights.” This may include dignity at work, employee welfare, educating your staff on inclusive language and policies, and ensuring “hierarchies and occupational segregation, are discouraged.” This is a particular issue for construction, where males tend to dominate. You should also instigate awareness training, strict protocols and employee sanctions on language used, and rules in terms of bullying or harassment.

You have to understand that it’s difficult for women to become included if men decide to have exclusive, segmented, groups during lunch break. You need to do everything in your power to stop this. 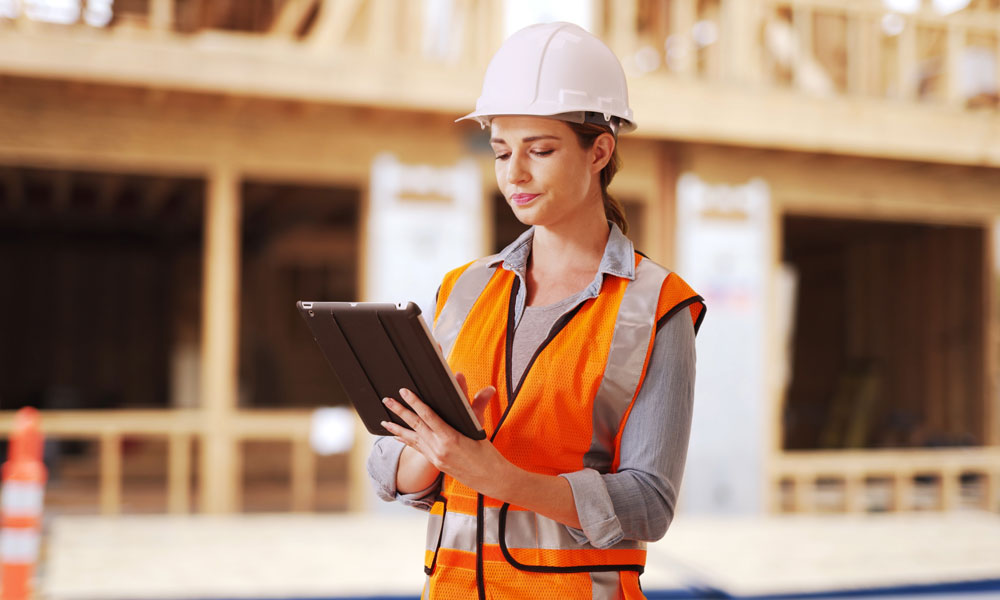 Give Equal Education and Training to Promote Women in Construction

Female contractor orientations should be developed or, at least, your regular contractor orientations should assume a possible female audience. It could be more beneficial to female contractors if you give regular training and education on a range of topics throughout their employment on site. According to a report by OSHA,  on providing appropriate training and health protection to women in construction, there are “safety and health issues specific to female construction workers.” The report also says many women contractors said they are “reluctant to report workplace safety and health problems, lest they be tagged as complainers and whiners.” Your first step is to ensure that all female contractors are told that safety is for everybody, regardless of their role, age, or indeed gender. The chances are, everybody on site will be doing different jobs, this is the only reason why you should change your training accordingly. Another way to ensure sufficient training, would be to conduct your orientations online. You can read more about that here.

The construction sector is aging which, according to a report by The University of Reading, is causing a “demographic time-bomb” whereby growth in available, and highly skilled, male workers has come to a halt.” This is causing serious “skill shortages and recruitment” problems, which will only get worse the longer they are ignored. This is why it should be your main focus to “tap into the talents of the ‘other half’ of the workforce; women and ethnic minorities.” Also, during the hiring process, you should try to interview as many women contractors as possible by ensuring your job postings are gender neutral and through the use of staffing agencies who may have a broader talent pool. Finally, you should try everything to retain your women contractors, this means ensuring facilities in the workplace are gender appropriate and that all workers are given gender diversity awareness training on an ongoing basis. Remember, at one time, workplaces such as banks and factories were predominantly male environments and this has changed radically so there is no reason why construction cannot undergo similar change.

That said there is obviously a lot of work to do. Males dominate construction sites, and there are a variety of reasons for this. In the UK, the number of women contractors is so low that it is practically unmeasurable, according to the trade construction union UCATT. Having a male dominated construction site also affects other minorities such as LGBT people. A new report by Construction News, found that less than half of all construction workers believe their colleagues would be comfortable working alongside a openly gay person.

Advances in equality for many minority groups and for women often come more slowly than we might hope, but it is only through individual people in individual companies taking up the challenge of greater inclusion can we finally achieve this. As always education and an open, positive attitude are at the heart of the process, and if we can help your company in any way to develop their training capabilities to impact your company’s diversity policy please do contact us here for more information.

How Social Distancing Works on a Construction Site

How Social Distancing Works on a Construction Site

As the COVID-19 pandemic continues, construction projects around the world are left looking for ways to restart or keep projects going while keeping workers safe.  read more

Back to work after COVID 19: Top Worker Administrative Controls You Need For Construction Site Safety During COVID

Back to work after COVID 19: Top Worker Administrative Controls You Need For Construction Site Safety During COVID

With both essential and non-essential construction sites reopening or continuing work amidst the ongoing global pandemic, we look at the top administrative controls and job site practices required for a safe construction site. read more

How Construction Can Leverage Digital Tools for COVID-19

How Construction Can Leverage Digital Tools for COVID-19

The global pandemic is a new reality, and the need for technology during COVID-19 in construction has come into sharp focus.  read more