Fracking: The Present and Future of the Oil and Gas Industry

At this stage, even if you’re not in the oil and gas industry, you have probably heard the term ‘fracking’ and possibly have a basic idea of what it means. It’s actually quite a simple concept, that belies its significance in the extraction industries. It’s really just a new and improved drilling method that contributes to a more productive and efficient process. Fracking became popular at a difficult time for the energy sector and its disruptive force has boosted the industry and created employment for thousands.

Fracking is just an additional component of the traditional drilling process and is used in areas of shale rock. Once you drill down into the earth, a high-pressure water mix is directed at the rock to release the gas inside. Water, sand and chemicals are injected into the rock at high pressure. ‘Hydraulic Fracturing’ refers to how the rocks break apart due to the high pressure, which allows for the oil and gas in the rockbed to flow out far more easily.

It’s important to mention that there are some environmental concerns with fracking. Because it’s a relatively recent innovation, the exact impact of fracking isn’t totally clear yet. We’ll get greater insight as we get more data, although many of the more controversial claims made about fracking have already been rebutted. Oil and gas companies have a responsibility to gain the trust of the public and to be transparent about the effects of fracking. More information on the effects of fracking can be found here and here. 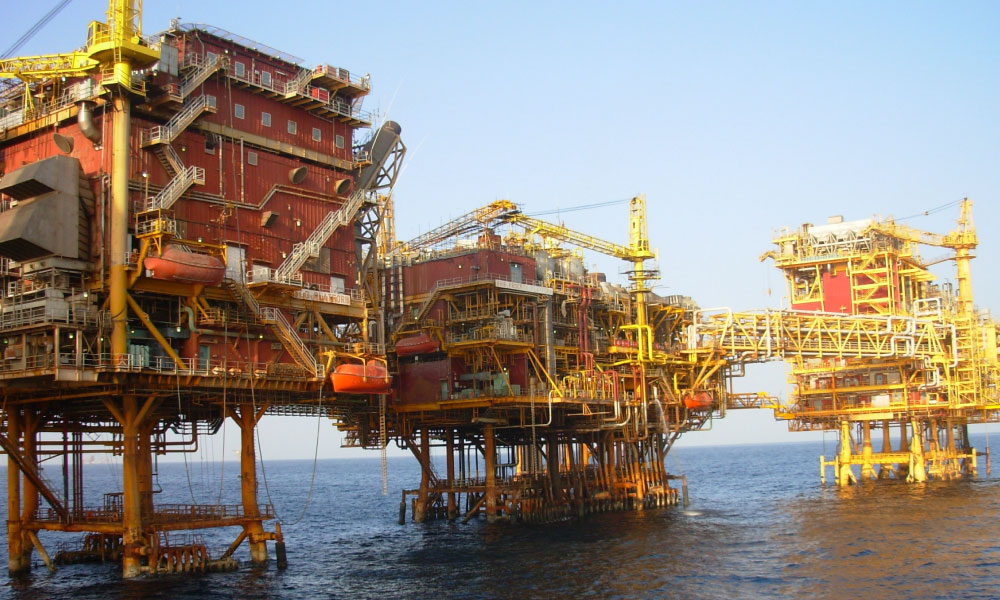 Challenges of the Oil & Gas Industry

Like so much of the industry, fracking has been affected by the tough financial pressures of the past few years. The price of oil collapsed in 2014, falling from well over $115 to below $30, resulting in a major spending contraction among oil and gas companies. This was due to a variety of factors, including geopolitical issues, reduced demand and a glut caused by increasing production that was partly the result fracking. In an ironic twist, fracking turned out to be so successful at producing oil that it was a factor in lower prices and consequently the contraction the scrapping of many fracking projects.

Natural gas prices have been hit by similar factors to those that affected oil i.e. reduced demand and increased production. The affordability of natural gas means that it has become the replacement for coal in power plants. Natural gas is abundant, relative to other fossil fuels, and supplies will be in place for decades to come. It is a much cleaner energy source than coal, from the point of extraction, through to its use in power plants where it releases about half the level of CO2 of coal. These factors mean that natural gas seems poised to be a kind of transitional energy source, bridging the gap between fossil fuels until renewable energy if fully matured and can replace it as the world’s primary means of energy generation.

The fluctuating prices of the past few years has led to a renewed focus on improving existing operational efficiency, especially in the oil industry. The oil industry has taken impressive steps towards digitization and have become smarter and leaner businesses. Fracking has been a central part of the industry’s rebound and now makes up at least 50% of total US oil production. Fracking means that the break even price for oil can be as low as $45-50 dollars a barrel. After a couple of lean years, production has ramped up again with shale exploration being at, or near, the top of the list.  According to a Deloitte study, advancements in operational technologies, such as multi-well pad drilling, has helped lower average drilling time in shales from 35 days to about 15 days.

Fracking in Canada and the US

In Canada, fracking is viewed as the future of the oil and gas industry. The Alberta oil sands were long the jewel in the Canadian oil industry but investment in that kind of large-scale project is drying up as more focus is put on so called ‘tight oil’ projects i.e. fracking from shale. Canada was hit heavily by increased production in the US, resulting from fracking, but the Canadian industry has pivoted to focus more on shale. Canada’s shale output stands at about 335,000 bpd, according to energy consultants Wood Mackenzie, which forecasts output should grow to 420,000 bpd in a decade. These new projects, in addition to large-scale ones in the oil sands that are already in place, should guarantee the industry’s future for the next decades.

Natural gas is the largest source of energy production in the US, making up 33% of the total amount. Natural gas production in the US is at a near record peak because of more efficient and cost-effective shale extraction methods, and this is expected to rise next year, as the US becomes a net exporter. Oil production is similarly benefiting from increased efficiency but is impacted by low oil prices. However, as the price of oil rises gradually, more investment will flow into fracking. Natural gas is going to continue to be growth sector in the extractive industries, with fracking at the heart of it. More workers will need to be trained to operate in fracking and will need to be managed so that they are safe and productive members of the workforce. 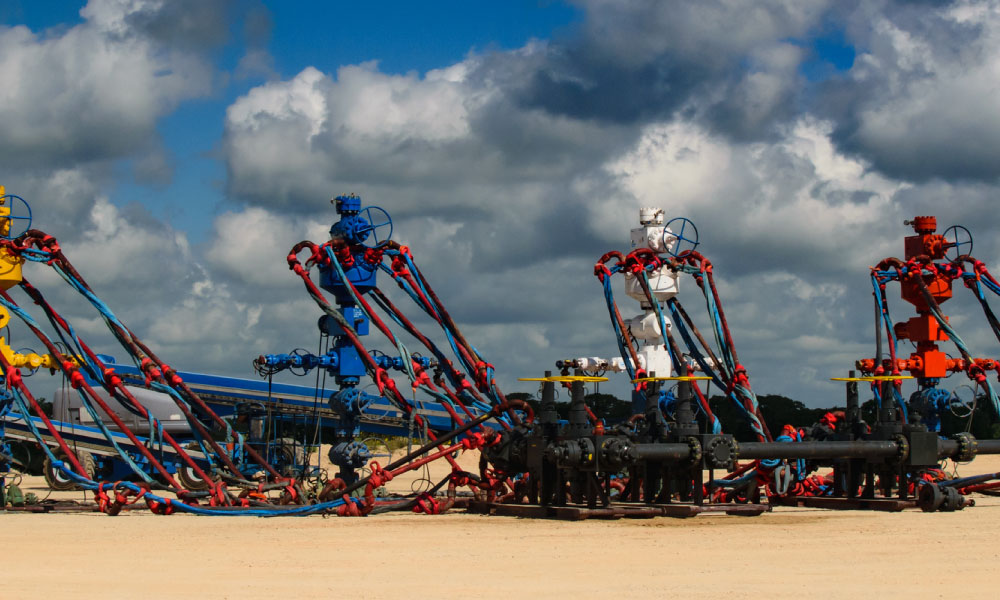 Workers in the fracking industry face a number of hazards. Some of these are shared by the traditional oil and gas industry – and by much of the hard-hat industries – while some are specific to fracking. Either way, it is vital that workers receive the proper training so that they can stay safe at work. Some common hazards workers need to be aware of include:

One hazard that workers need to be aware of is the chemicals that are injected into the bedrock to break up the rock and release oil and gas. This process requires great amounts of pressure and, if things go wrong, can result in explosions. Highly flammable methane gas is released during fracking, increasing the risk of explosions. The chemicals used in fracking fluid can be quite hazardous, including boric acid, sodium chloride and acetic acid. You need to have the right safety procedures in place when dealing with potentially dangerous chemicals.

Silica is another major hazard, fracking workers need to made aware of in their safety training. As mentioned earlier, sand is often used in the fracking process as part of a mix that’s injected to break up the rock. When this sand is being offloaded from transport trucks and transported through movers, along transfer belts, and into blender hopper, dust containing silica can be released. If you breathe this dust, you may be exposed to silica. The OSHA permissible exposure limit for worker exposure to silica is approximately 0.1 mg/m3 for pure quartz silica. Repeated inhalation of silica leads to silicosis, a disease that causes inflammation and scarring in the lungs. It also increases your risk of lung cancer and many other diseases. 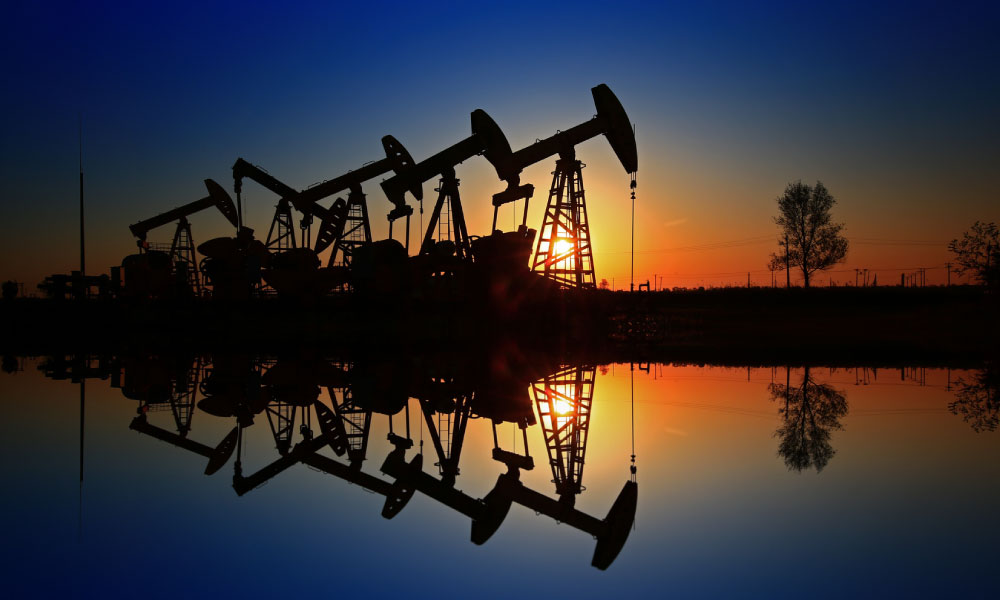 The Importance of Training

Fracking sites are usually smaller operations compared to big refineries. The barriers to entry are also lower so there more small companies have made an impact in shale exploration, compared to traditional methods. However, there is the danger that safety standards vary across a number of sites, leading to uneven onboarding of contractors and potentially putting workers at risk. Orientations might be handled by individual site managers who put their own spin on topics, or leave some out altogether.

In this case, you should consider GoContractor, an online contractor management system that ensures all workers get the same high level of safety training. This allows you to standardize training so that you can ensure all workers are trained and managed, so no one slips through the cracks. The platform is easily customizable so that you can include all the safety information you want. GoContractor is more cost-effective than traditional orientations and workers arrive ready to work on day one.